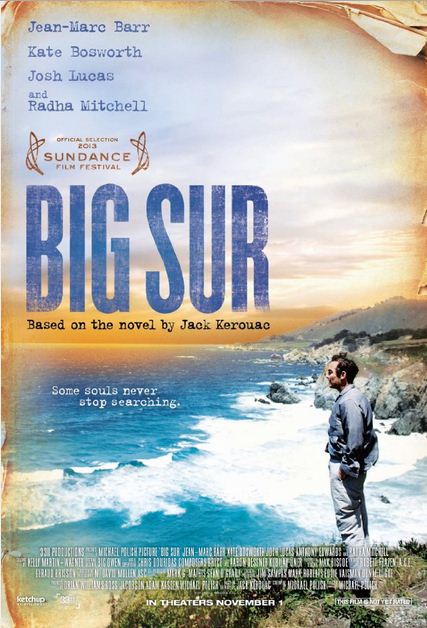 THE BUZZ: The indie-film world's recent obsession with the Beat Generation finds its probable end point with director Michael Polish's solo venture (it's a rare thing to find him working without his brother Mark), a chronicle of Jack Kerouac's mental breakdown co-starring Polish's wife, Kate Bosworth. Welcome back to the American art house, Jean-Marc Barr.

Sudden fame and a self-destructive lifestyle were taking a toll on Jack Kerouac's mind and body following the unparalleled success of the groundbreaking novel, On The Road. Once the handsome literary maverick and hero of the Beat Generation, Kerouac now sees only a vestige of his former self, ravaged by alcohol and drugs, aged beyond his years and tormented by self-doubt. Questioning his talent, his faith, and his mortality, Kerouac leaves New York for California, on a quest for redemption at an isolated, fog-banked cabin in the primitive landscape of the Big Sur woods. What ensues in those fateful 3 weeks of August, 1960, is both terrifying and revelatory. While Kerouac is able to find beauty and elation in his surroundings, the dichotomy of his psyche renders him unable to face his demons alone. He sets off on a visceral collision course of paranoia, sex, delirium tremens, misery and madness. His desperation culminates in an intense, hallucinatory breakdown, but the duality of his ... Written by Anonymous