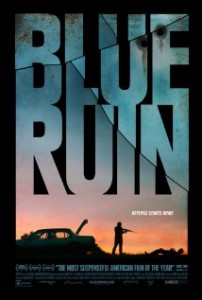 90 min   -   Thriller
Metascore: 78/100 (21 reviews)
A mysterious outsider's quiet life is turned upside down when he returns to his childhood home to carry out an act of vengeance. Proving himself an amateur assassin, he winds up in a brutal fight to protect his estranged family.

Macon Blair, Devin Ratray, Amy Hargreaves, Kevin Kolack
THE BUZZ: We're quite intrigued by Jeremy Saulnier's Cannes-award-winning revenge thriller which positions his lifelong friend Macon Blair as a man so haunted by another person's violent act that he fully turns away from conventional society, only to return to it as a novice assassin.