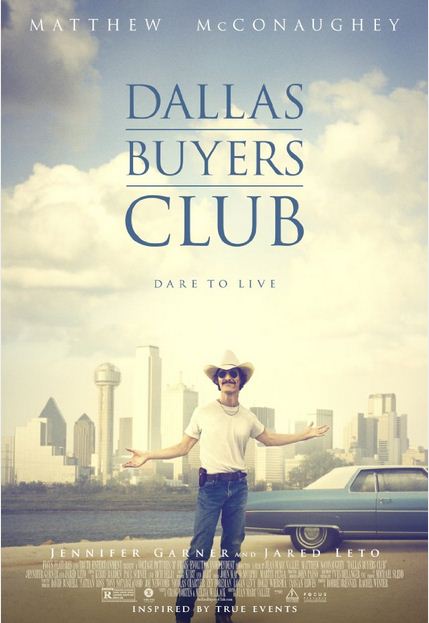 THE BUZZ: Can we now say that Matthew McConaughey's renaissance is merely an admirable career in which he segues from major to indie projects either as a leading man of part of an ensemble? Here, his partnership with Jean-Marc Vallee, who made The Young Victoria and the even better C.R.A.Z.Y., first made headlines for its subject matter, then McConaughey's dramatic weight loss in order to play the highly unlikeable Ron Woodroof in the late stages of his life.

The story of Texas electrician Ron Woodroof and his battle with the medical establishment and pharmaceutical companies after being diagnosed as HIV-positive in 1986, and his search for alternative treatments that helped established a way in which fellow HIV-positive people could join for access to his supplies. Written by Focus Features