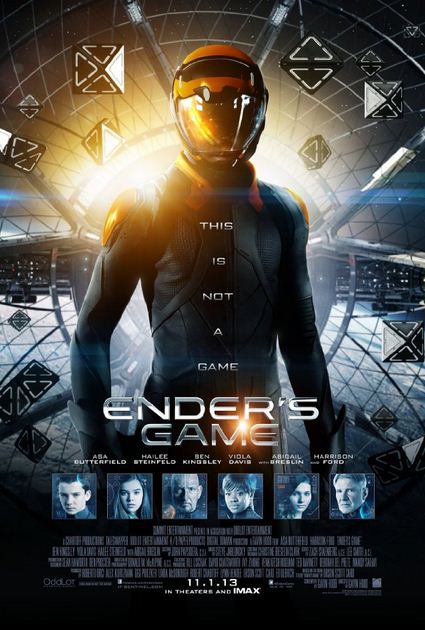 The International Military seek out a leader who can save the human race from an alien attack. Ender Wiggin, a brilliant young mind, is recruited and trained to lead his fellow soldiers into a battle that will determine the future of Earth.

The Earth was ravaged by the Formics, an alien race seemingly determined to destroy humanity. Seventy years later, the people of Earth remain banded together to prevent their own annihilation from this technologically superior alien species. Ender Wiggin, a quiet but brilliant boy, may become the savior of the human race. He is separated from his beloved sister and his terrifying brother and brought to battle school in orbit around earth. He will be tested and honed into an empathetic killer who begins to despise what he does as he learns to fight in hopes of saving Earth and his family. Written by CrystalSinger45, Jesse Daniels, strouda56