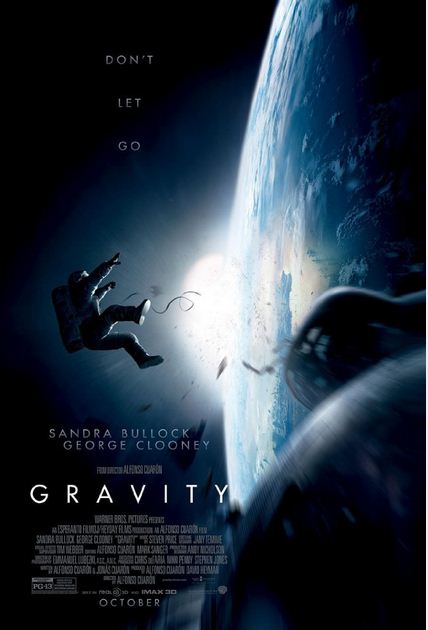 THE BUZZ: A who's who of actresses were attached or considered for this leading role. Angelina Jolie was set to star -- on two separate occasions -- and then it was Natalie Portman's next big project in the post-Black Swan/pre-pregnancy days. Ultimately, it will serve as Sandra Bullock's first science fiction role, and her fanbase should swell even more under the direction of treasured director Alfonso Cuarón, who somehow hasn't directed a project since the absolutely perfect Children of Men. It's been widely noted that Clooney's screen time will be minimal, but pivotal (clearly).

Theaters: October 4, 2013
MPAA Rating: PG-13 (for intense perilous sequences, some disturbing images and brief strong language.)
Genres: Sci-Fi/Fantasy, Thriller
Distributors: Warner Bros. Pictures Distribution
Synopsis:
Dr. Ryan Stone is a brilliant engineer on her first shuttle mission with veteran astronaut Matt Kowalski. But on a seemingly routine spacewalk, disaster strikes. The shuttle is destroyed, leaving Stone and Kowalski completely alone—tethered to nothing but each other and spiraling out into the blackness. The deafening silence tells them they have lost any link to Earth…and any chance for rescue. As fear turns to panic, every gulp of air eats away at what little oxygen is left.  But the only way home may be to go further out into the terrifying expanse of space.