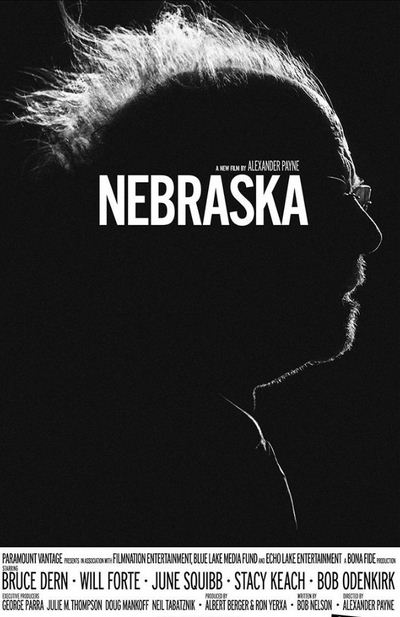 THE BUZZ: There's lots of chatter concerning the box-office risk of releasing a black & white film, even though Oscar winners (The Artist) and indie breakthroughs (Frances Ha) neutralize the matter. We'd rather focus on Alexander Payne's braver choice to cast Bruce Dern and Will Forte as the father-and-son duo, since Payne had starrier options -- such as the chance to reunite with Jack Nicholson. The word from the Cannes Film Festival indicates this is a quiet, elegant triumph.

"NEBRASKA" is a father and son road trip, from Billings, Montana to Lincoln, Nebraska that gets waylaid at a small town in central Nebraska, where the father grew up and has scores to settle. Told with deadpan humor and a unique visual style, it's ultimately the story of a son trying to penetrate his impenetrable father.Written by Anonymous