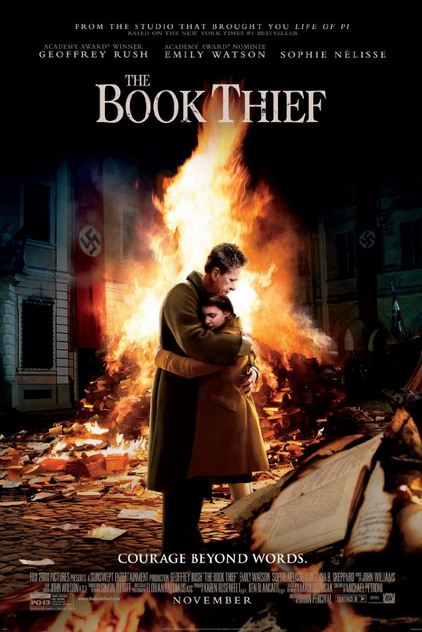 THE BUZZ: Sophie Nélisse, who made her debut in art-house hit Monsieur Lazhar, will expand her fanbase as the star of this how-exactly-do-you-approach-it adaptation of the young-adult novel that features Death as its narrator. "Downton Abbey" Emmy-winner Brian Percival takes his second turn in the movie-director chair.

Based on the beloved bestselling book, THE BOOK THIEF tells the story of a spirited and courageous young girl who transforms the lives of everyone around her when she is sent to live with a foster family in World War II Germany. Written by 20th Century Fox