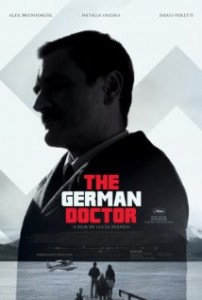 93 min   -   Drama | History | Thriller
Metascore: 62/100 (14 reviews)
The true story of an Argentine family who lived with Josef Mengele without knowing his true identity, and of a girl who fell in love with one of the biggest criminals of all time.

Àlex Brendemühl, Diego Peretti, Guillermo Pfening, Alan Daicz
THE BUZZ: Director Lucia Puenzo should make major U.S. inroads for the first time with this adaptation of her novel, which delves into both the facts and folklore of Josef Mengele's post-WWII hideout in Latin America.