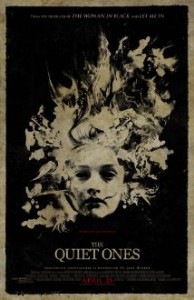 98 min   -   Horror
Metascore: 45/100 (18 reviews)
A university professor and a team of students conduct an experiment on a young woman, uncovering terrifyingly dark, unexpected forces in the process.

Jared Harris, Sam Claflin, Olivia Cooke, Erin Richards
THE BUZZ: The sturdy Jared Harris should anchor this thriller from revamped classic-horror house Hammer Productions, who have The Woman in Black: Angel of Death queued for 2015. Harris has the Poltergeist remake lined up for the same year and his co-star, Olivia Cooke, currently stars in "Bates Motel" (which was just renewed for a third season) and also hasOuija in production.