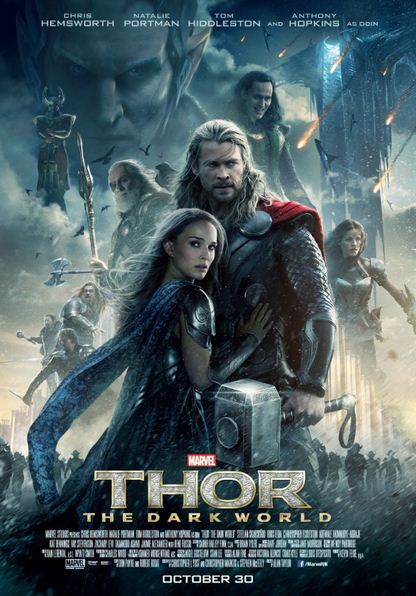 THE BUZZ: I feel like Thor is the best Marvel achievement to date in that it (a) celebrated its underdog status; (b) found a smart balance between its humor and emotion; and (c) featured the delicious Idris Elba. And I mean Loki is one of the best big-screen villains in popcorn-movie history. So knowing that the sequel reunites the original cast (including Tom Hiddleston), introduces Christopher Eccleston as Malekith the Accursed (a dark-elf overlord that has an entwined history with Loki), and places Alan Taylor from "Game of Thrones" in the director's chair, it has all the makings of the first winning Marvel sequel (no apologies to Iron Man 2).

Thousands of years ago, a race of beings known as Dark Elves tried to send the universe into darkness by using a weapon known as the Aether. But warriors from Asgard stop them but their leader Malekith escapes to wait for another opportunity. The warriors find the Aether and since it can't be destroyed, they try to hide it. In the present day, Jane Foster awaits the return of Thor but it's been two years. He's trying to bring peace to the nine realms. Jane discovers an anomaly similar to the one that brought Thor to Earth. She goes to investigate and finds a wormhole and is sucked into it. Thor wishes to return to Earth but his father, Odin refuses to let him. Thor learns from Heimdall, the one who can see into all of the realms that Jane disappeared. Thor then returns to Earth just as Jane returns. But when some policemen try to arrest her, some kind of energy repulses them. Thor then brings her to Asgard to find out what happened to Earth. When it happens again, they discovered that... Written by [email protected]